Lost Reasons That Aren’t In Your CRM: Trust Not Established

In this series, I'm going to cover some lost reasons that are crucial to know about, but never measured! And I'm going to start at the beginning, where it all starts - earning trust!

Lost reasons that aren’t in your CRM

If you’ve been around in sales for some time and worked on a few CRMs, you’ve probably seen a few lost reasons in your time.

Lost reasons are the typical reasons we lose deals and are captured at the time deals are lost.

The thing is that they all start to look the same after a while; “No budget, timing off, the wrong fit, lost to competition, too small, etc.”

This stuff is nice to know, but what does it really tell you about your performance or lack thereof? Not much, I’m afraid.

In this series, I’m going to cover some lost reasons that are crucial to know about, but never measured! And I’m going to start at the beginning, where it all starts – earning trust!

In case you missed it, I recently posted a short piece on why we need to earn trust, and the sincerity required before we can do so.

There are two main scenarios in B2B sales where we need to earn trust quickly; when we’re cold calling a prospect, and when doing our initial discovery calls.

If we can establish trust early in these engagements, it will increase our chances of winning a deal later on in the process. Building trust in the beginning takes time and may slow down the beginning of the sales cycle, but it will speed up the back end, which is ideal!

When making cold calls, you only have a few seconds to establish some form of trust and is arguably the hardest stage in the process to earn trust. The basis for trust on a phone call comes down to three main points:

With these 3 key foundations in place, you can quickly build trust with our prospects. This will significantly increase the chances of them booking meetings with you.

Of course, there are plenty of other tactics you could employ to help you establish trust, but these ones will get you off to a good start.

Consider these tactics the next time you are making a cold call or running a discovery call. Remember, to measure the results before and after. If this is a big change to your current set-up, it will feel unnatural and even contrived. You will be tempted to talk yourself out of it. But stick with it until you can make a fair comparison to your before and after.

Whether you’re an SDR or AE or any other role in sales, remember, through the process, listen before you speak.

Reach out if you have any questions!

Before You Can Earn a Prospect’s Trust 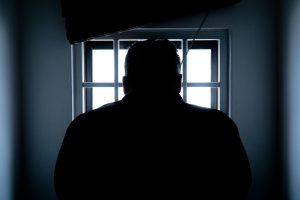 Introduction The proverbial writing is on the wall. We are not going back to “normal”, no matter how much we cling to it. We as 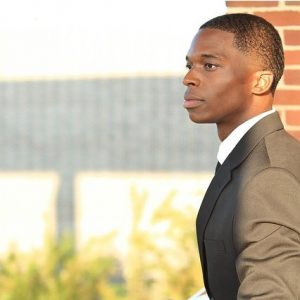 Add Epic Meaning to Your Organisation

​A step by step guide to bringing meaning to the workplace Are your employees mentally checking out shortly after clocking in? Mindlessly running the hamster